Mr. Conoscienti specializes in criminal law but likewise has experience in general civil trial practice. Joseph Conoscienti is a part-time Associate Judge for the Municipality of Avonndale Estates, Georgia. Published on March 30, 2018, last updated on June 11, 2019.

Drug Laws Georgia – The Definitive Guide answers all those troublesome questions about what’s legal, what’s not and the potential penalties. The drug laws in Georgia can be harsh and you don’t want to be in the dark when it comes to something that could affect your freedom for years to come.

This is a free, public resource developed by Conoscienti & Ledbetter, drug lawyers in Atlanta GA. Attorney Joseph A. Conoscienti possesses over 30 years of proven experience defending clients against drug charges in Georgia. 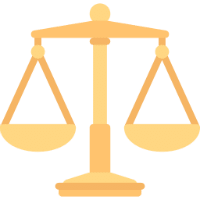 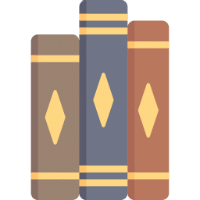 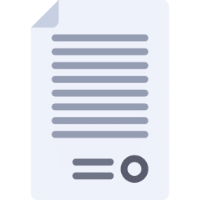 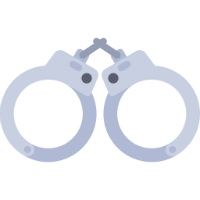 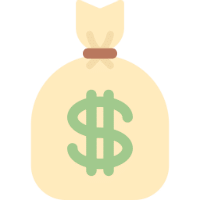 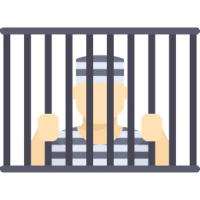 Controlled Substance charges focus on drugs and narcotics categorized by the government as addictive; possession of one of these substances without the proper prescription leads to the controlled substance charge. For help understanding the nuances of these charges, we recommend speaking with our law firm, for free. The law firm of Conoscienti & Ledbetter also provide detailed information on aggravated assault laws in Georgia.

Georgia uses a scheduling system to identify the severity of drugs.

For those facing drug charges, one of their first calls should include an atlanta drug attorney. Given the emphasis put on drug crimes, representation by well respected Atlanta lawyers can be essential to protect a charged individuals. From confirming evidence collection follows legal rules to keeping up with motions which might limit their client’s rights, the attorney’s work is best done from the earliest stages. 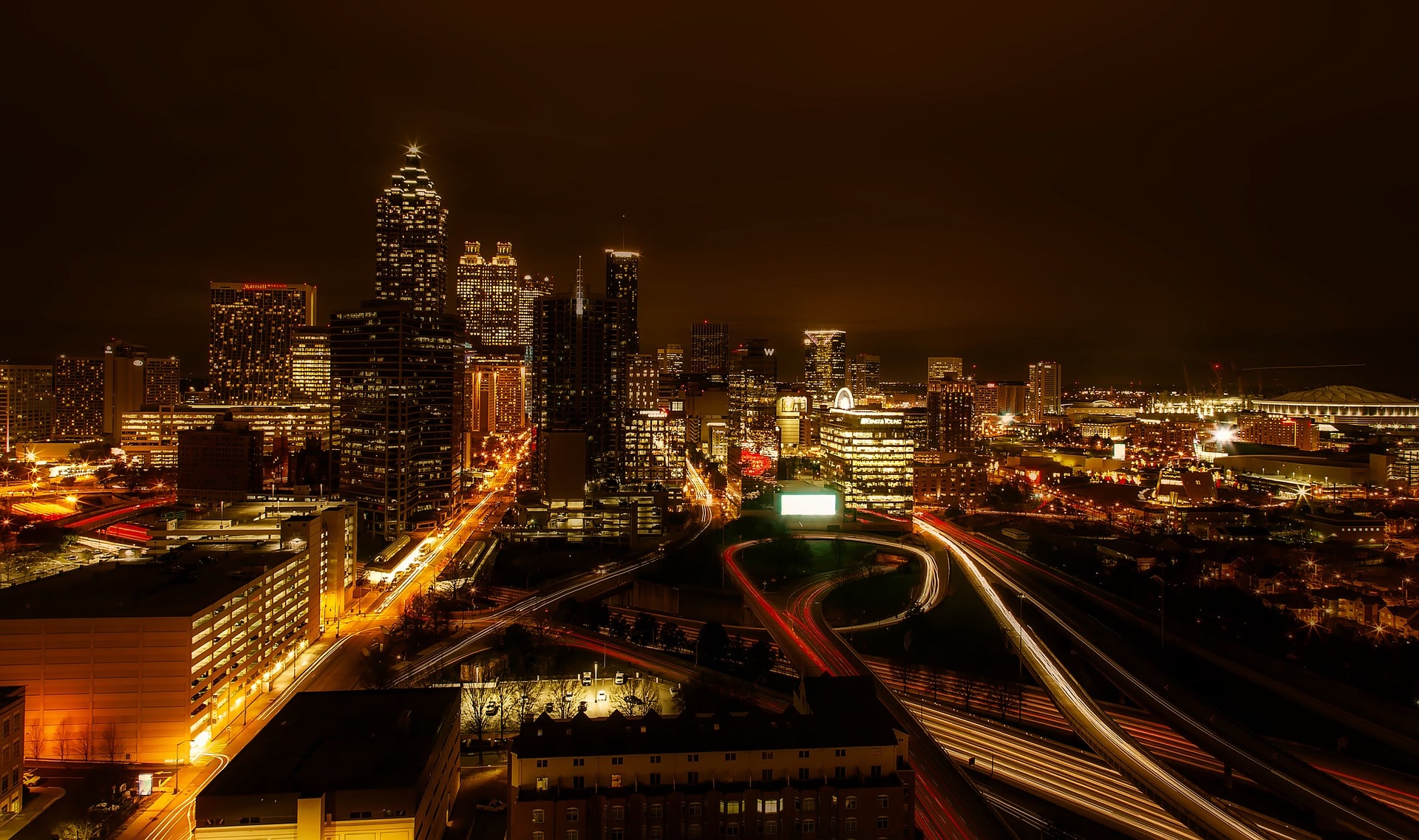 The Georgia Controlled Substances Act (GCSA) details the specifications and penalties for drug charges in the State of Georgia. With few exceptions most controlled substance charges are classified as felonies.  Penalties for all felonies under the act start with at least a year of incarceration.

An attorney’s knowledge of the GCSA provides one benefit, but another involves their knowledge of the judges and the stance of the particular jurisdiction and the local interpretation of the GCSA. While the law sets the penalties permitted, each jurisdiction develops a track record based on the judges. The attorney’s experience with each judge allows them to craft their defense to the specific judge including coaching their clients on what should and should not be said while in court.

A Violation of the Georgia Controlled Substances Act can be defended in several ways. Being innocent provides an obvious option especially if a prescription can be produced, but evidence may prompt other defense tactics. Evaluation of search procedures may provide evidence of an illegal search. Sharing space with another person lends credibility to it being another person’s controlled substance.

An attorney develops the defense strategy based on the available evidence. 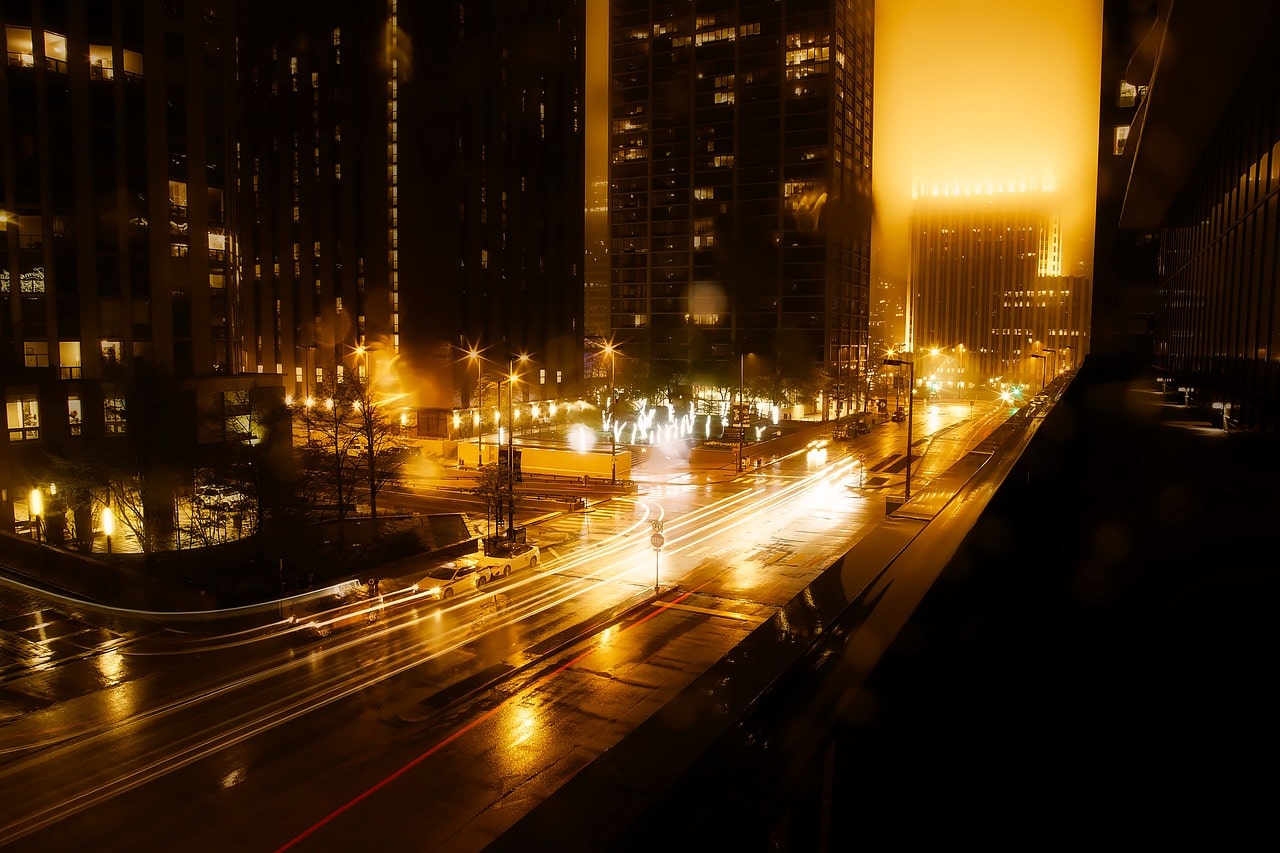 Joseph Conoscienti has always been a fighter. In the United States Air Force, Mr. Conoscienti achieved the rank of Sergeant. It’s with the same grit and determination that he takes into the courtroom defending clients against drug laws in Georgia.

OCGA 16-13-30 references the section of the Georgia code of laws detailing the specifics related to marijuana. This section comes from the Georgia Controlled Substances Act. The topics covered range from possession with intent to distribute to sale and distribution to manufacturing. Under this portion of the legal code, penalties include jail time and fines and can include mandatory minimums.

Penalties under OCGA 16-13-30 depend upon the amount of marijuana possessed.

Sale or trafficking charges begin when a person has 10 lbs or more in their possession and are all felonies.

Georgia penalties related to drug charges vary. Jail and prison time along with fines cover the most visible penalties. Georgia Driver’s licenses suspensions and taking the property are allowed. Additional penalties include community service and probation.

For substances listed on the drug Schedules, all charges are felonies and include minimum penalties for both initial conviction and subsequent convictions.

Georgia marijuana possession carries different penalties based on quantity. For those found to have less than 1 oz of marijuana, the charge is a misdemeanor and the penalty combines 1 year in prison with a $1,000 fine. Possession of more than 1 oz but less than 10 lbs remains a possession charge but moves up to a felony punishable with a mandatory 1 year and up to 10 years in prison as well as fines up to $5,000.

We know attitudes are changing regarding marijuana in Georgia. In October, the City of Atlanta voted to decriminalize small amounts of marijuana in the city and Dekalb County commissioners announced in January that they will be doing the same thing.

Statewide, there is also momentum towards cutting back the penalties associated with marijuana possession in Georgia. State Senator Curt Thompson of Norcross has introduced a bill through the Georgia State Senate to legalize marijuana similar to what has been done in Colorado. 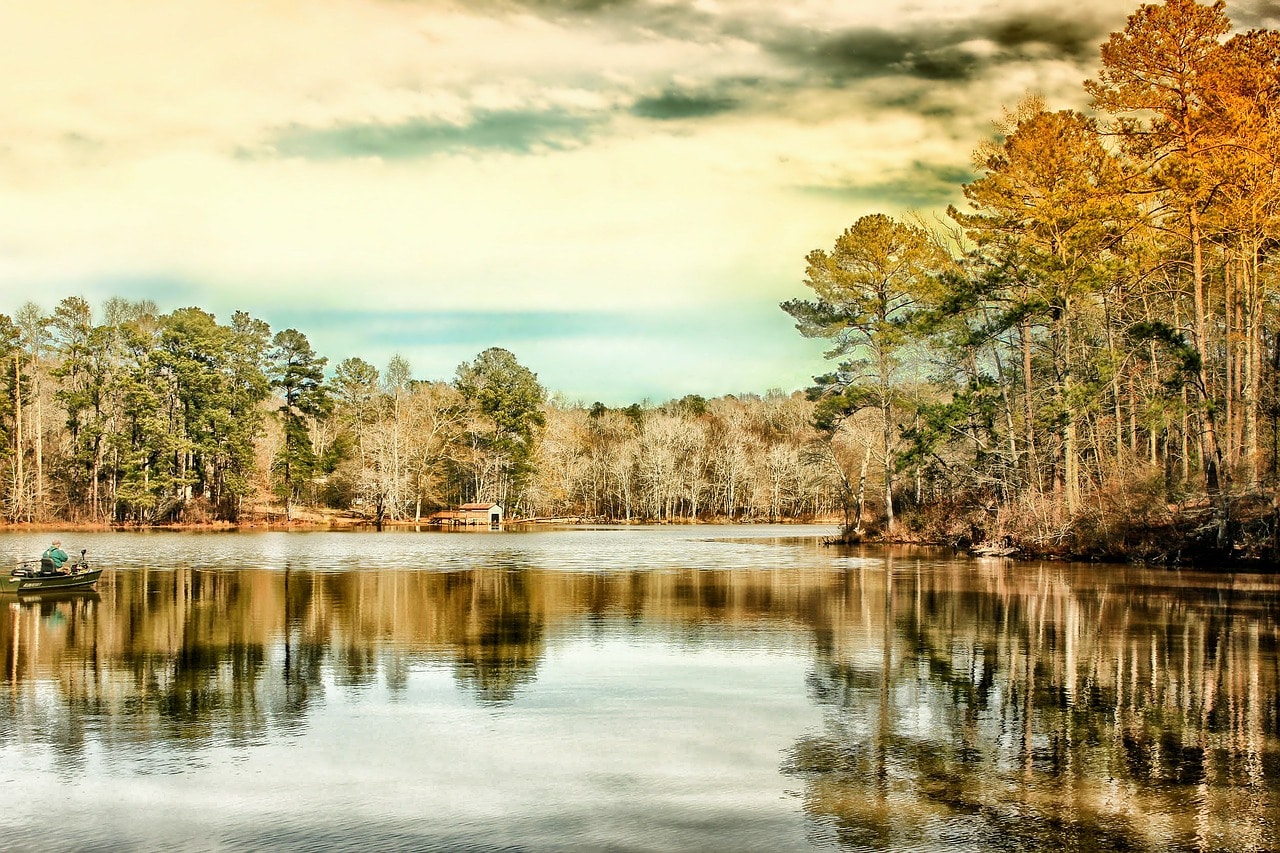 Joseph Conoscienti has always been a fighter. In the United States Air Force, Mr. Conoscienti achieved the rank of Sergeant. It’s with the same grit and determination that he takes into the courtroom defending clients against drug laws in Georgia.

Georgia Possession with Intent to Distribute

The Georgia legal system charges individuals with Intent to Distribute in certain circumstances. The quantity in possession alone may be sufficient for this charge, but other common factors include evidence of large amounts of cash present, scales or other measuring devices, individually bagged or separated portions of the substance, and other circumstantial evidence which indicates the drugs are not being possessed for personal use.

The combination of drugs and other items seized determines whether the greater charge is given. 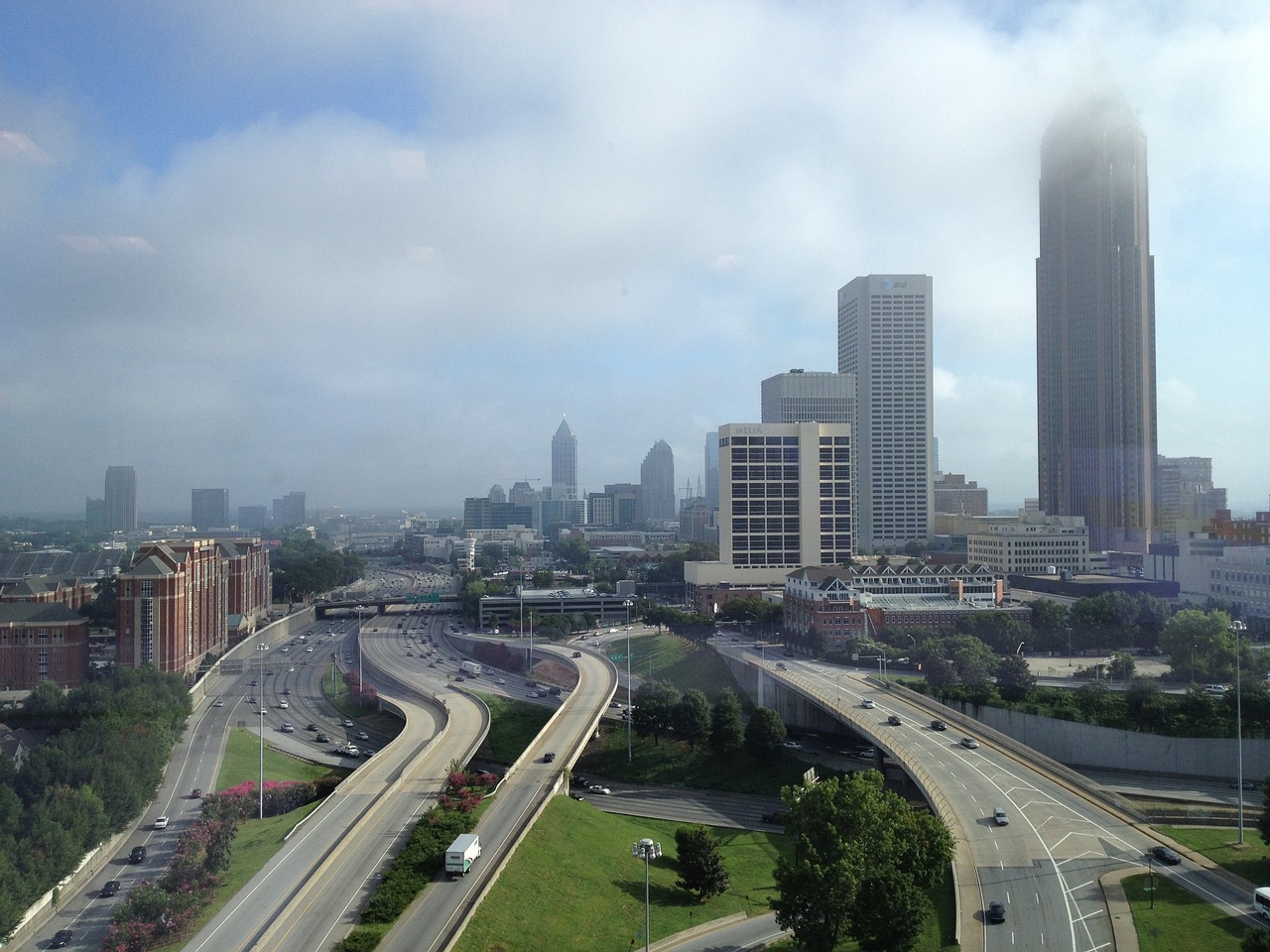 Whereas possession involves a quantity of drug or controlled substance appropriate to individual use, a person with greater quantities or caught with other indications of sale and distribution face charges of Drug Trafficking. Individuals charged with Drug Trafficking often face both this charge and a possession charge for the drugs or substances.

If convicted, the penalties for Drug Trafficking include significant fines and prison terms.

While prosecutors typically add charges of Drug Trafficking to other charges like possession and sales or distribution charges, the Drug Trafficking penalty increases prison time significantly.

Methamphetamines, Amphetamines, and Cocaine both start mandatory prison sentences at 10 years at a Georgia Correctional Facility. While these minimum values bear consideration, the courts can and do assign greater values of up to 40 years per charge in some cases.  Georgia uses a ‘Schedule’ system for determining the penalties associated with a drug trafficking crime, whereas other states like Illinois use a ‘Class’ system where a similar crime of drug trafficking could be labeled a Class X Felony. Although many states have similar laws regarding drug trafficking, there are some nuances that a lawyer within the state where the crime allegedly occurred will be able to explain.

This charge addresses individuals found to hire or engage a person under the age of 17 in the distribution or some other form of assistance with trafficking. This separate charge counts as an additional felony offense and carries a penalty of 5 to 20 years in prison.

For more information regarding other criminal charges in the state of Georgia, please select a page below: 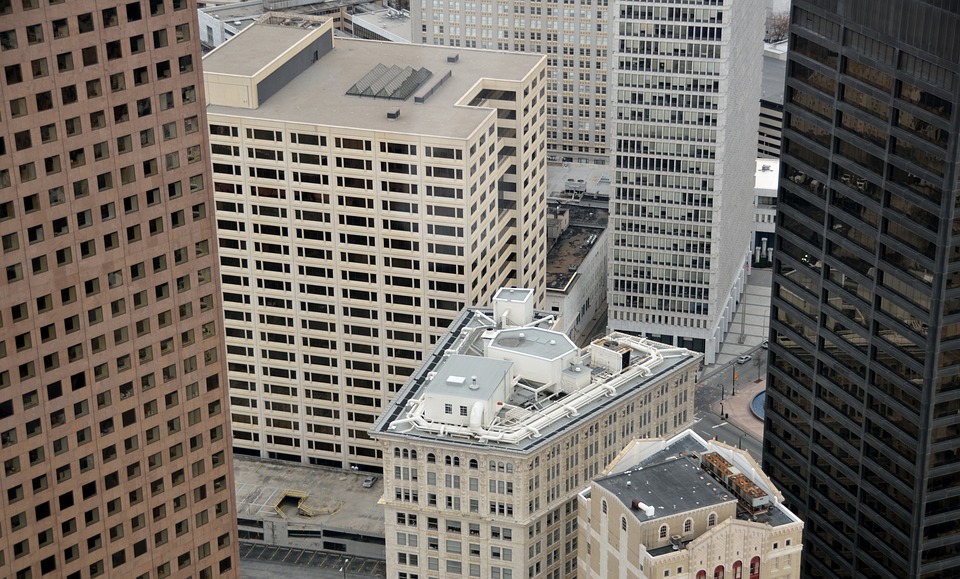